With a McDonald’s down the street and the distribution of off-campus lunch passes to upperclassman, it’s no surprise that fast food restaurants are a key staple in the life of a high school student. Though you might not care about how exactly your food got into that cardboard box — as long as you got it in time for the late bell — have you ever considered the possibility that you got more than what you ordered? I’m not talking about extra fries here…

Here are some crazy conspiracy theories revolving around the fast food industry.

You may think that caffeine is the culprit for the pep in your step, but the tall tales of Toronto say otherwise. Based in Canada, Tim Horton’s fast food restaurant came under fire after speculation that they were lacing their famous cup of brew with nicotine, keeping customers running back for more. The precise origins of this theory are unknown, but some say the story came from an American tourist who made recurring trips to the well-known coffee house. After returning to the states in a sickly condition, he went to the doctor, only to be told that the tourist, who was a non-smoker had nicotine running through his veins. In a more brutal version, an American suffered from a cardiac arrest that was triggered from an allergic reaction to nicotine after just a single sip.

Regardless of whether or not the stories are true, Tim Horton’s addresses the myth on their website. Under the “Coffee” category of “FAQ Topics” is a question that asks “Is there nicotine or MSG in Tim Hortons coffee,” to which they say that “Tim Hortons coffee has NO ADDITIVES whatsoever.” The full statement can be read here, but what do you think? Are they telling the truth, or just what the public wants to hear?

Back in 2015, Chipotle’s Mexican Grill, an establishment famous for their heavenly guac, genuine ingredients, and beautiful burritos, faced backlash after several customer’s received E. coli, a foodborne illness, after consuming their products. However, the outbreak keeps conspiracy theorists guessing, as many say it’s not the company’s fault.

Chipotle has been a long-standing opposer of genetically modified products, and even possess the title of “the only national restaurant brand that prepares their food with no added flavors, colors, or preservatives.” They’re “as real as it gets,” and proudly oppose companies that use said ingredients. With such an adamant viewpoint, would you really be surprised if a GMO-fueled company spiked their steaks with the intestinal infection? What if it was a setup in attempts to tarnish Chipotle’s good name, causing the starving customers to take their hunger elsewhere? Maybe…to the competition’s door? It’s a theory I believe.

When you think of the fast food chain with the ginger braids, do you think of a crispy chicken sandwich, a rich, creamy Frosty, or your mom? Wait… what?

That’s right. Although it originated in 2013, the theory that Wendy’s restaurant makes you think of the female figure in your life has resurfaced yet again. Many couldn’t fail to notice the “dark hidden message” in the young girl’s collar, embedded with the word “Mom.” 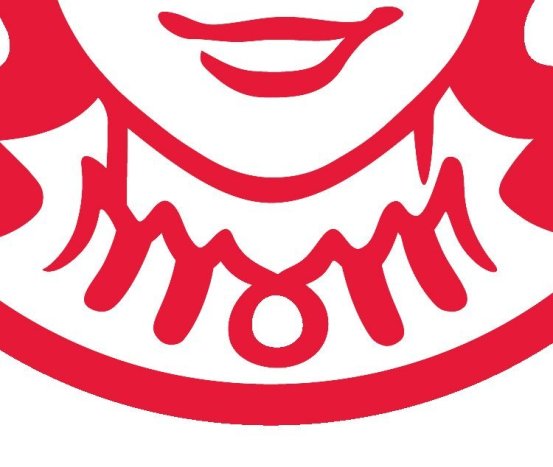 This caused many customers to inhabit the belief that by displaying the term in a subtle, yet distinct way, that the company attempted to remind their buyer base of their own mother’s home cooking, thus triggering hunger cues.

Additionally, the company is aware of the conception, announcing that “We are aware of this and find it interesting that it appears our Wendy cameo has ‘mom’ on her ruffled collar. We can assure you it was unintentional.” Wendy’s senior vice president of communications, Denny Lynch, made this statement in an emailed message to The Huffington Post five years ago.

Ah, yes…the coffee company that comes with a free side of a butchered spelling of your name. By this point, Starbucks baristas are known for lacking basic writing abilities. Heck, it’s probably part of the job description.

Often documented through social media, customers continuously left wondering how someone could get even the most common names wrong. This phenomenon led to conspiracy theorists occupying the belief that it’s completely intentional…and how far off could they really be? Think about it… whenever you see a post about a misspelled name, you want Starbucks. Whether you’re curious about how they would spell your own name or if you’re stomach is roaring, a frappuccino (or cappuccino or americano or espresso or macchiato or latte or whatever other Italian drink you’re craving) is definitely on your mind. Surely it can’t be a coincidence… Now how’s that for sipping tea?

So, there’s 4 fast food conspiracy theories. They might not be as intricate as the Titanic being switched with the Olympic (Click here or here), but hopefully it got you thinking about the food you’re consuming or the companies you’re supporting. Remember, everything is not as it seems.