The movie we wait all year to see. Set in Salem, Massachusetts in 1993, a teenager named Max accidentally sets free three evil witches who were killed three hundred years prior. With the help of a magical cat, Max races to stop the witches from becoming immortal. This hilariously funny movie is a classic for Halloween and is family friendly, so there’s no excuse for not watching it. 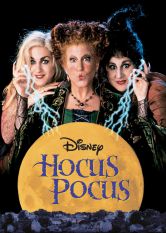 This animated motion picture has never stopped giving me nightmares. I’m not sure if it was the fact that the house ate people, but this movie is definitely spooky. Since it’s animated, this movie may seem harmless, but it truly holds a deep message: Never bury your wife alive in your house. It’s rated PG, so all of you youngins may need your parents present at the time of your viewing. 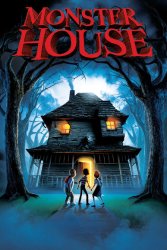 A must see classic at any time of the year, but especially this month. The Rocky Horror Picture Show follows the story of two lovers who enter a mansion owned by Dr. Frank-N-Furter after they experience a flat tire during a storm. They meet multiple curious characters throughout their journey, including a rocking biker and a creepy butler. This film uses rock songs and intricate dancing scenes throughout, giving it an interesting twist compared to the other numerous thriller movies that you are encouraged to watch during October. 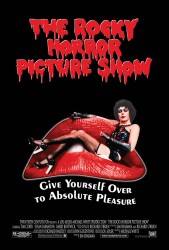 These are the movies that we grew up watching every October. They follow the life of a young witch, Marnie, and her family and friends as they help save both supernatural and human worlds from evil. (If it wasn’t for the creators replacing the actor for Marnie from Kimberly J. Brown to Sara Paxton in the last movie, this series would be closer to the top of this list).

The name of this movie should be motivation enough to watch this during Halloween. At the age of six, Michael Myers murders his seventeen-year-old sister, Judith. He is locked in prison for fifteen years, but at the age of twenty-one, he escapes and goes back to his hometown in search of more victims. If you seek a thriller that will keep you on the edge of your seat, this is definitely the movie for you. 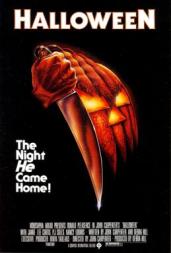 In this classic, Freddie Krueger, a disfigured psychopath, preys on Midwestern teenagers in their dreams, and they begin to die, one by one. Teenager Nancy Thompson, whose friends have been murdered by Krueger, tries to unravel the mystery behind the mangled man that appears in her dreams, before it’s too late and Krueger gets her too. A great movie for Halloween that will hook you in for the entire film.

7. The Nightmare Before Christmas

Some viewers have claimed this movie, by director Tim Burton is more of a Christmas movie than one meant for Halloween. Despite this blurred line, The Nightmare Before Christmas remains on this list because it can be viewed at any point in the year. This film follows Halloweentown’s pumpkin king, Jack Skellington, who accidentally stumbles upon Christmastown and decides to kidnap Santa to steal his role in the town. If you can get past the fact that Christmas is incorporated into this Halloween film, I would definitely suggest watching this.

Ah, yes. The friendly ghost. Another great movie to watch if you want to get in the spirit of Halloween, yet don’t want to be scarred by horrific scenes. This film follows Casper, a young ghost, who is peacefully haunting a mansion. For those of you romantics out there, Casper falls in love with a human girl named Kat. This film features a good mix of drama and romance, while maintaining a Halloween theme. 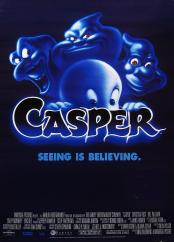 A spooky movie that may scare some viewers, this film follows Josh Lambert and his family as his son, Dalton, enters a coma and becomes possessed. Josh is revealed to be the only person who can save his son by entering the paranormal world and saving him from a demon. Although not specifically designed for Halloween, this horror film will keep you on the edge of your seat.

A favorite in the horror film world, this movie follows Lorraine and Ed Warren, paranormal investigators, as they attempt to help the Perron family. They face a handful of paranormal experiences that become worse as they learn the history of the home they are investigating. This movie provides its viewers with a freaky movie-going experience that is perfect for Halloween.

I greatly recommend watching at least some of these movies during this month in order to get in the Halloween spirit. Many of these films will be available on television at some point, and others can be viewed on Netflix, Hulu, and other forms of video services. Beware, some of these movies are not appropriate for all viewers.  I hope you enjoy this selection and have a BOOtiful Spooktober!